Gold Awarded A350 Out Board Flap Project
;

GKN Aerospace is the world’s leading multi-technology tier 1 aerospace supplier. With 50 manufacturing locations in 15 countries, they serve over 90% of the world’s aircraft and engine manufacturers.

GKN Aerostructures provides empennages, wing structures, fuselages and components for major platforms ranging from helicopters to business jets and from advanced fighter aircraft to the most used single-aisle aircraft and the largest passenger planes in the world. With lightweight composites, additive manufacturing, and innovative high-speed machining technologies we help to reduce emissions and weight on the aircraft and enhance passenger comfort. 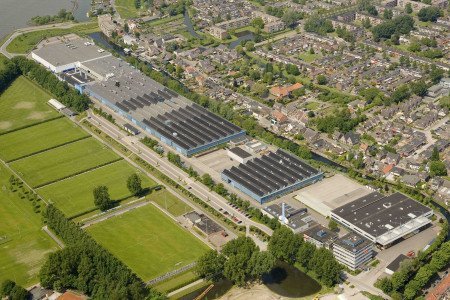 GKN Aerostructures in Papendrecht, the Netherlands

GKN (Fokker) Aerostructures in Papendrecht, the Netherlands was up against a serious challenge when they turned to us early 2017. They needed to ramp up their volume with some 60%, and at the same time significantly improve their delivery performance, which was certainly nothing to write home about.

The focus of the initiative thereby was on developing a JIT approach, involving the creation of a truck preparation area (TPA), an end-of-line finished goods supermarket, the implementation of kanban, and mix-level loading the line.

After having set up a fairly sized team, we started with analyzing the organization’s current performance to get a better feel for the challenges. A deep-dive into the processes, using Value Stream Mapping (VSM), was also part of the first activities done with the team. This revealed many weaknesses that needed to be addressed. Subsequently, the team was organized into for sub-teams, each with their own focus, viz., shipping, assembly, parts supply, and planning.

The sub-teams all developed their future state and identified the actions required to achieve their target states. But before we actually started implementing, we decided to create a cardboard simulation with which we would test our overall approach, and which we could also use later on in training the operators. 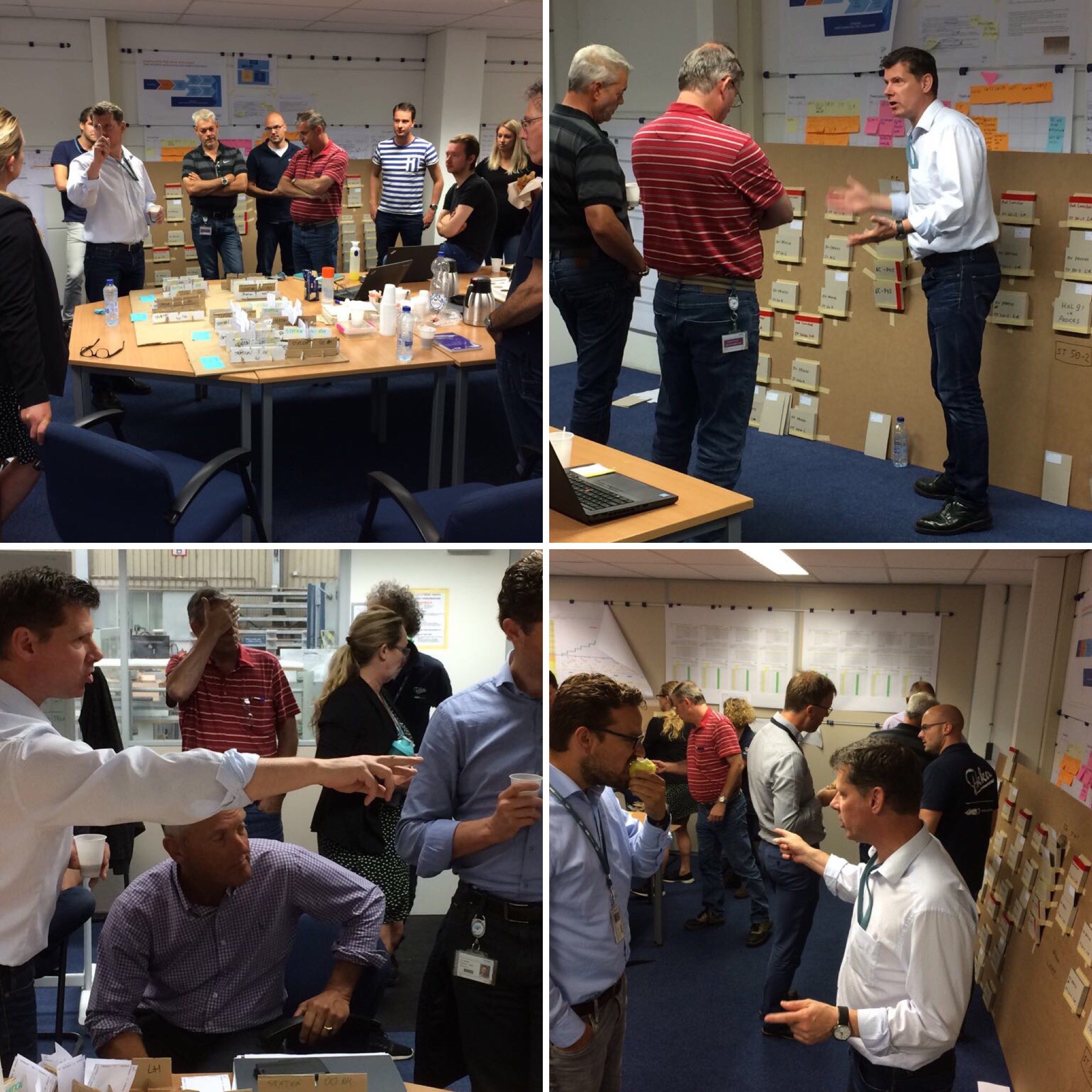 In shipping, teams developed and implemented a TPA and a visual shipping and returnables management board with a daily management routine. This allowed the team to manage delivery performance.

In assembly, the kanban loop and the communication of kanban across the large assembly line was a major topic.

Teams also visited a key supplier in Germany to ensure parts supply was also done according to the new JIT principles. A supplier kanban system was implemented, and transport schedules were reviewed.

The planning team, lastly, developed a new MPS process, and ensured the new approach was integrated into their existing ERP system (BaaN).

The intense collaboration with GKN (Fokker) Aerostructures has resulted in a significant improvement in performance. After the JIT production system was put in place, no missed deliveries were recorded anymore, and the operation was far more stable than before.

In shipping, a TPA and a supermarket were put in place. Together with a daily routine, these allow GKN to be on top of their game. Withdrawal kanban in the shipping area, leveled in a heijunka box, are now the trigger for assembly.

In assembly, launchers and FIFO-rails manage the information flow of kanban from start to end.

Production control was completely transformed, with a new MPS process in place supported by new tools. The approach was also integrated into GKNs ERP system in Papendrecht, BaaN (Infor).

Tiered management routines (part of Leader Standard Work or LSW) in which both performance and standards were followed up on a regular basis were put in place to ensure standards were sustained and further improved.

In the meantime, Papendrecht has continued to further deploy the approach to other areas within its operation.

The A350 OBF project was a highly visible project within the Fokker and GKN organization. And at the end, the team that worked on the initiative was rewarded by GKN with a gold award for excellence; a well-deserved one! 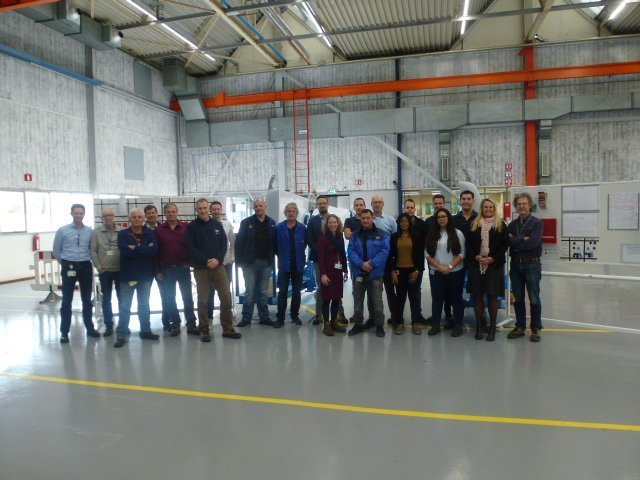 The A350 team on the shop floor

Rob supported a multi-disciplinary team within GKN-Fokker to transform our A350 organization to a true high move rate organization, supporting our ramp-up.

He has very extensive knowledge of Lean combined with an enormous drive and energy. This infected the team and together they realized a huge change. The organization looks and feels different and results improved significantly.

His knowledge combined with his ability to create true change on the shop floor and management level make that I recommend Rob to people facing similar challenges.

We have worked for or with the following companies on their just-in-time and supply chain transformations. Check out what we did for them! 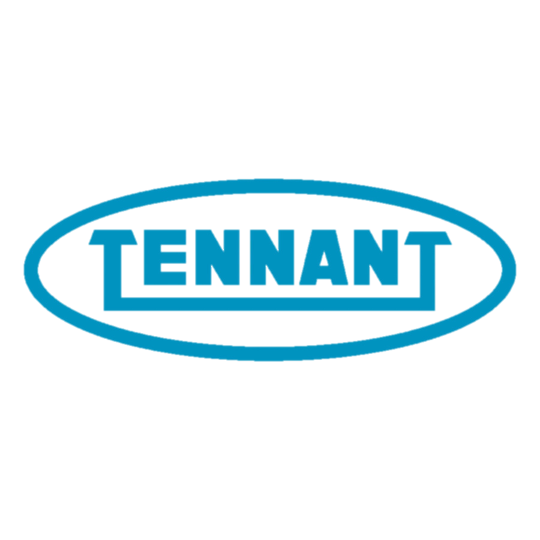 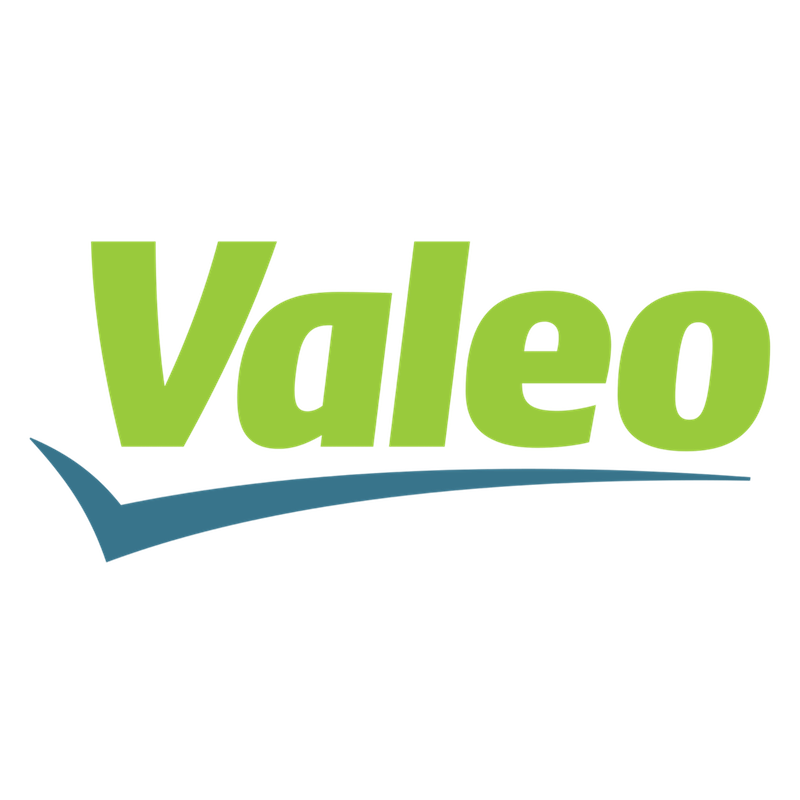 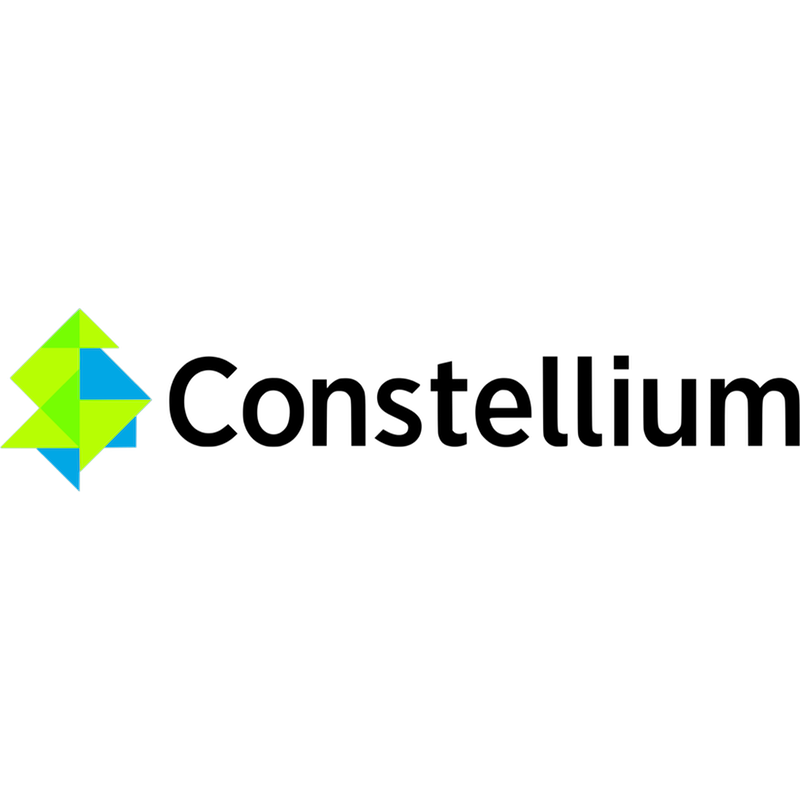 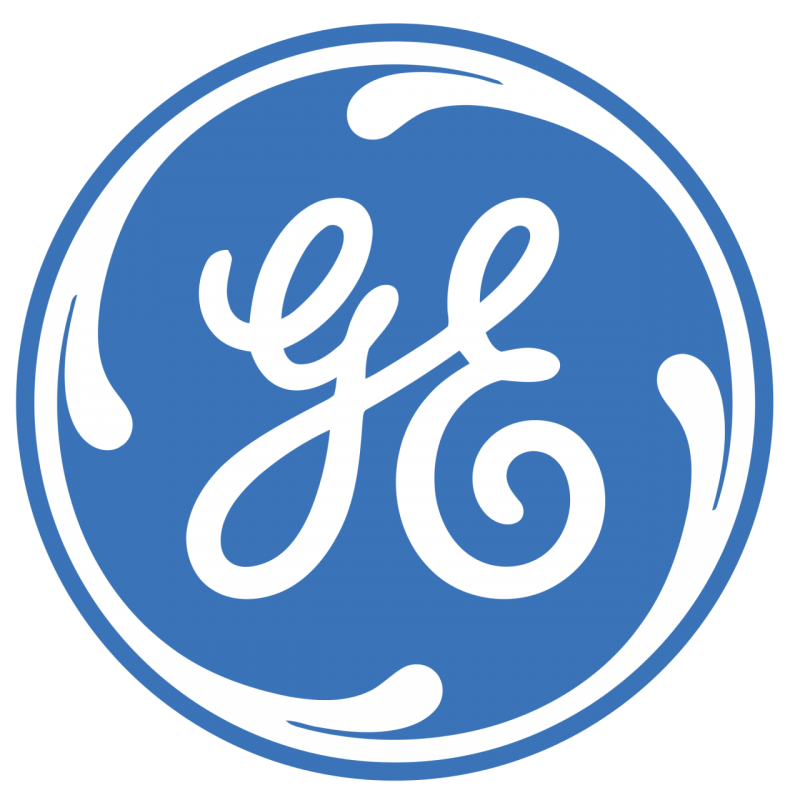 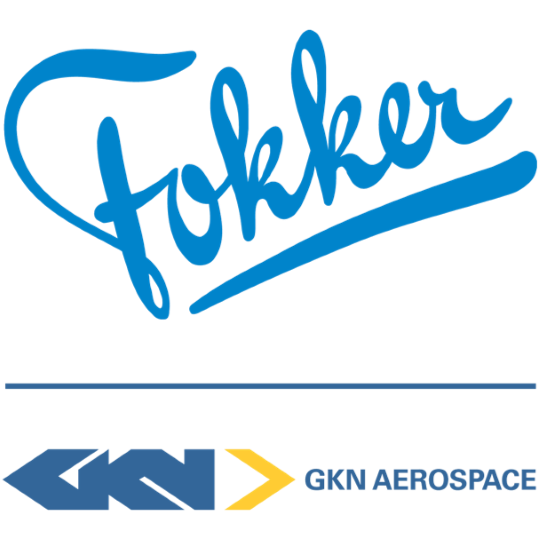 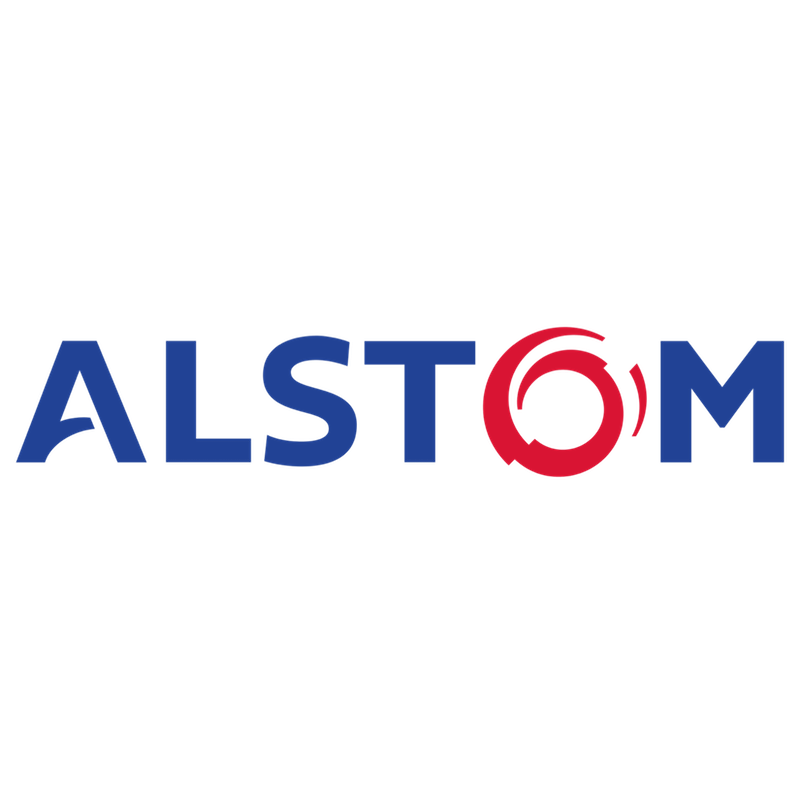 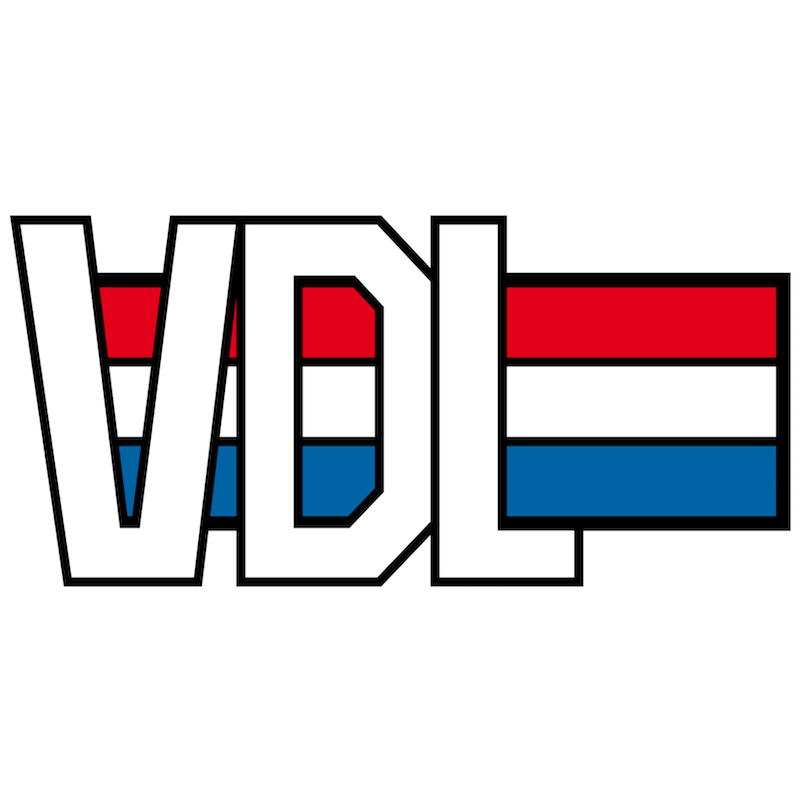 Want to learn more about how we can help?

Connect with us if you would like to find out how our services can help you in overcoming your challenges. Give us a call, send us an e-mail and let's have a coffee. Don't hesitate, and contact us today! Contact Us